Applications are now open for a £5000 funding award from Arts Council of Northern Ireland in memory of our late Director Anne O’Donoghue who sadly passed away last year.

As part of its continuing commitment to support artists and a sustainable arts sector, the Arts Council of Northern Ireland has announced two new funding awards, under the existing Support for the Individual Artist Programme (SIAP), in memory of Mike Moloney, co-founder of the Belfast Community Circus School and Anne O’Donoghue, Director of Play Resource Warehouse, two of the arts sectors largest figures who sadly passed away in recent times. Each award worth up to a maximum of £5,000 each, will be awarded annually following an application process. Applications are now open and will close at 4pm on Thursday 11th June 2015.

Roisin McDonough, Chief Executive of the Arts Council of Northern Ireland, commented; “Both Mike and Anne contributed a huge amount to the life and legacy of the arts in Northern Ireland and we are delighted to make these two awards available, in their memory, to artists in support of their professional career development. The awards will have a significant impact and we look forward to welcoming applications.”
Reflecting Mike Moloney’s passion for circus and street theatre and his work with young people, the Arts Council is launching an annual Mike Moloney Award to support the development of young people working in the field of Circus Arts and Street Theatre. Young people between the ages of 16-25 living in Northern Ireland can apply for the funding for the development of new shows, learning new skills to be applied to performing of teaching or mentoring support to refine their art.

Will Chamberlain, Director of Belfast Community Circus, commented, “Mike’s wholehearted belief in the creative talents of young people and his role as champion for circus arts and co-founder of Belfast Community Circus School makes this SIAP award very apt. His role in circus and street theatre in Northern Ireland will be remembered for as long as it takes place on our streets and this Award ensures that future generations of circus and street performers will know of Mike’s huge contribution to the arts for young people in this part of the world.”

Anne O’Donoghue’s legacy is significant joining the Play Resource Warehouse in 1984 where she remained as a committed director for thirty years championing Community Arts practice. In particular her high standards of practice for the design and delivery of services and her support for continued professional development of her team at Play Resource Warehouse, community leaders, teachers and artists. With Anne’s commitment to community arts in mind, the Anne O’Donoghue Award aims to support training courses, mentoring, coaching supervision, research or national and international cultural exchanges. The award also aims to build the professional capacity of those working in the community arts sector through continuing professional development.

Gail McGarvey, Director of Play Resource warehouse, added, “I am delighted that the Arts Council of Northern Ireland has created this award in Anne’s memory. It is testament to her dedication and vision to promoting the arts over the last thirty years. We hope this award will contribute to the ongoing development of community arts throughout Northern Ireland”

Applications for both awards are now open and will close at 4pm, Thursday 11th June 2015. For further information and guidance notes visit www.artscouncil-ni.org

see below what’s going on

Tuesday, Wednesday and Thursday 10am-1pm and 2pm-4pm (these will be reviewed on an ongoing basis) One-way system in place with … END_OF_DOCUMENT_TOKEN_TO_BE_REPLACED

Welcoming You Back To Play Resource Safely

Click& Collect … the only way to shop at Play Resource

I think we can all agree she doesn't look a day over… https://t.co/YeKksZbYe9
Posted: 4 days ago

We have no limits on these items so make sure you pick some up on your next visit 🚶🚶‍♀️ @… https://t.co/axaaVQ9Fbd
Posted: 5 days ago

Play Resource
@playresource
We have some paint in our scrapstore 🎨🎨

Make sure you have a look when you are next in the Play Resource 👀👀 @ Play… https://t.co/Vec5rALcca
Posted: 6 days ago

I'm sure everyone has so many ideas whirling around their hea… https://t.co/tWJzQi6eBu
Posted: Last week
Play Resource
Pom pom Christmas tree 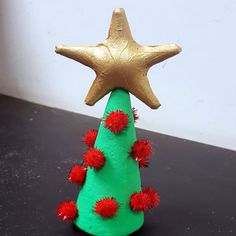 Dove of peace decoration
Posted: Over 2 years ago